In order to purchse this course, a prerequisite of an approved (OPC/OCA/SCTF) 40-hour Introduction to Osteopathy in the Cranial Field course is required. If you do not see the option to add to your cart, please ensure you have provided proof of completion to cme@the-promise.org.

On Demand  3
On Demand

By the completion of the lecture, the participant will be able to apply basic osteopathic principles to treat energetic disturbances using mechanisms of mind and spirit.

This activity is open for all osteopathic and medical physicians (DO/MD), Dentist (DDS/DMD), Medical Student (DO/MD), and International Osteopaths.

Approved 40-hour Introduction to Osteopathy in the Cranial Field course. Please email proof of completion of an approved course from OPC, OCA or SCTF to cme@the-promise.org. 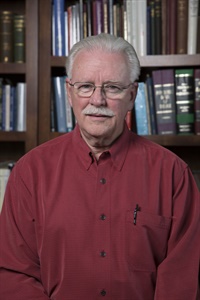 Dr. Lee received his DO degree from the Kansas City University of Medicine and Biosciences in 1976. He completed a residency in OMM at the AT Still University College of Osteopathic Medicine in 1986. He has been in an OMM practicing for 43 years. He is in a private general practice in Durango, CO in OMM. Dr. Lee is certified in Osteopathic Manipulative Medicine and Medical Acupuncture and holds the FAAO and FCA. He served on the Board of Directors of The Cranial Academy and Board of Governors of the American Academy of Osteopathy. Certificate of Competency: Cranial Osteopathy, Cranial Academy, 6/89. Certified, Osteopathic Manipulative Med., AOBSPOMM, 3/91. Awarded Fellow of the American Academy of Osteopathy, FAAO, 3/00. Awarded Diplomat of American Board of Medical Acupuncture, DABMA 6/00. Awarded Fellow of the Cranial Academy, FCA, 6/11.Awarded Recognition of Proficiency in Osteopathy in the Cranial Field, 6/12. Awarded Sutherland Memorial Lecture, 6/13. Awarded Honorary Life Membership, AAO, 2016. He has been a faculty member for the Introductory Course, the Cranial Base Course as well as the Brain Parenchyma and Nuclei Course and the Next Step course offered by the Osteopathic Cranial Academy. He directed the Intro courses and the Bensoussan courses for the OCA. He also served as the course director for the Rule of the Artery courses in Glendale, AZ (2017) and Portland, OR (2018). He lectures to his colleagues in the United States, Australia, New Zealand, Europe, Asia and Canada. In 2005 Stillness Press published his book: Interface: Mechanisms of Spirit in Osteopathy in which he outlined a model explaining primary respiration in the tissues, based on principles of both spirit and matter. Dr. Lee is a member of the AOA, AAO and OCA.

Approved 40-hour Introduction to Osteopathy in the Cranial Field course. Please email proof of completion of an approved course from OPC, OCA or SCTF to cme@the-promise.org.
Ok